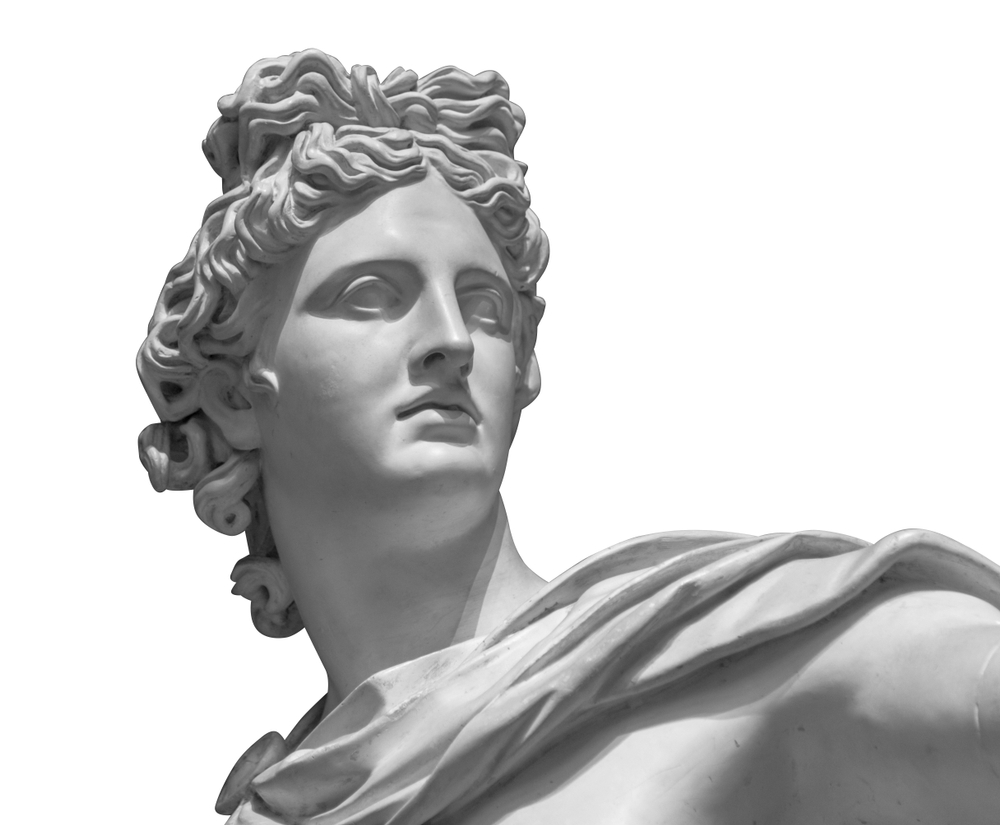 When I first talk with clients and other coaches about mythology, I have come to expect glazed eyes and heavy sighs. Too many of us first read mythology in dry textbooks under the watchful eye of well-meaning teachers. We read the stories, passed the tests, and moved on. These stories and their wisdom about human nature and becoming a self-sovereign adult are priceless to aspiring leaders. As a coach, if I can recognize the myth in play, I have the framework to support my client in exploring their circumstance and story.

Since your eyes very well may have glazed over at the very mention of mythology, let’s start with an obvious example that most coaches have heard. The client who, often with an exhausted sigh, says something like, “It just feels never-ending. I am working as hard as I can, and I do not seem to be getting anywhere. I feel like that guy pushing a rock up the hill.” That is verbatim what the COO of a $1.5 billion manufacturing firm said to me a month ago. He was hired to turn around an operation in need of discipline, and after 18 months, was frustrated with what had become a grind.

Do you recognize the theme of this story as being similar to the story of Sisyphus? Some people recall his name, but how much of his story do you know? Sisyphus’ punishment in the afterlife was to push a rock up a hill every day – a meaningless, stultifying task that was never done and started over every day. Most myths end in change, transition, growth, or redemption of some sort. The story of Sisyphus has no such resolution. If the myth were a literal story, Sisyphus would still be laboring at a boring, senseless, never-ending task. Although my COO client may not remember the story of Sisyphus, until he can rethink the job or his relationship to it, he will continue to live in that myth. That realization opens an entirely new line of inquiry, which introduces the possibility of rethinking the relationship to the work and my client’s strategy for dealing with it.

A similarly common story is that of Phaeton. Teased by his classmates, Phaeton’s mother tells him that his father is Apollo – the god who drives the chariot of the sun each day. Phaeton asks his father to help him prove himself, and Apollo swears to grant any request his son makes. Phaeton asks to drive the chariot of the sun, and Apollo cannot dissuade him. Anyone here ever heard a client bemoan a rash decision? How about coaching in an organization led by someone promoted into a job they are not ready to handle? The chaos and damage to heaven and earth are extreme, and Phaeton is slain by Zeus to save the world. A wonderful cautionary tale for the executive struggling with development and promotion within their organization – especially when their choices have an impact on the broader enterprise.

If we can recognize the patterns in the challenges and opportunities our client wants to pursue, and we understand where there might be an archetypal story, there is an opportunity for context for both coach and client. There are many patterns and stories played out in the hallways of business every day.

Most myths from most cultures follow one of 2 storylines: There is a journey across a long distance, and usually to a mountain top or other great height to learn wisdom. Or there is a journey to the underworld for trial and often the death of an old life, usually but not always, for a new one. These patterns show up in myths from cultures all over the world, not just Greece or Rome. Every individual has their story, and the vast majority of them fall into similar patterns, which is why knowing them can open a door for coaching. Think about where the stories came from.

The stories were told around fires and over food from our earliest ability to use language. They were our way of making sense of the world around us – by naming things we could not see or touch and giving them a form. They differ just as food and weather do in different geographies – but they remain the product of the human spirit, so they remain powerful to the psyche. The coach who understands the framework has a potential guide to the modern experience of an ancient pattern. But as with all mythic journeys, we must be aware of challenges along the way.

The Male/ Female Trap: Most myths, especially the journeys down, deal deeply with the masculine and feminine. Note NOT male and female. Myths such as Orpheus’ journey to the underworld to reclaim his lost wife or Inana’s tortured visit to her sister are myths of the deep masculine and feminine experience of transition and transformation. Regardless of our physical gender, we all carry both archetypal patterns to some extent. So, if we are to explore the pattern with a client, we must remember that it is not a gender issue. We must look at the stories with softer eyes. While Sisyphus is most definitely a masculine myth, plenty of women push their boulders up a hill every day. It is also important for the Coach to remember that a client working caught in a myth is carrying the entire myth- so all of the characters are worthy of exploration and ownership. My COO described above identifies with Sisyphus, but who put him under that rock and who rolls the rock down the hill each evening?

The Story as Explanation Trap: It is not necessary to name a myth with a client. To recognize the pattern and facilitate awareness is, for most, better than trying to talk a client through the story. If my client has an interest in this sort of thing, I will suggest some further reading. In a similar vein, if a client loves literature, I will take a cue from Joseph Badarraco, whose wonderful book Questions of Character explores leadership through literature. In either case, a good story is a good story, and the pattern is the pattern.

The Inch Deep/ Mile Wide Trap: Most of the myths, as they are available today, are watered-down versions of the originals. The stories, as they came from earlier civilizations, are not politically correct, have imagery of behaviors that would not be acceptable today, are filled with stereotypes (which are different from archetype), and often end up in watered-down versions for children’s storybooks. Practice is needed to understand the stories without diluting and contextualizing – digging deeper for the archetypal meanings. For example, look at what has happened to Arthurian myth. What passes for the story today is nowhere near the early versions which came out of France to the British Isles. We need to beware of myths that have been watered-down as much as we need to beware of behaviors that are not suitable today.

Alas, we are so distant from the origins of the stories today, if not from their import, that we have morphed them into something more acceptable. For instance, search for images of Sisyphus, and you will find pictures of powerful muscled men heroically pushing an enormous boulder up a hill – not a pathetic old man engaged in tedious and meaningless labor.

There are rich stories from all over the world, ranging from Jumping Mouse from Native American traditions to the Japanese myth of Amaterasu, who brings disaster to the world by shutting herself in a cave. The myths themselves may enchant, but myths that predate modern civilization are what Carl Jung was referring to when he said, “The most important question anyone can ask is, “What myth am I living?” For the coach and client, the question can be extended to include “… and what will I choose moving forward?”

There is no shortcut to this world. An interest in the context of human stories is the price of admission. I will suggest a short reading list that will open the door, and perhaps provide an invitation to explore what is on the other side of the threshold, but enter at your peril. While we may think we have little in common with the original authors of the archetypal stories from around the world, we and our clients still live them today. When a trained coach can help a client see the pattern, there is leverage in the coaching conversation as powerful as the original stories were to those who told them.